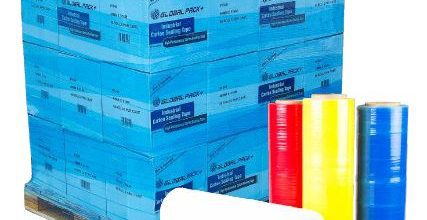 
This next generation of stretch film is designed to provide superior puncture resistance at a thinner gauge. This nanotechnology reduces film waste, saves you money, shortens wrap cycles and maximizes your load containment. 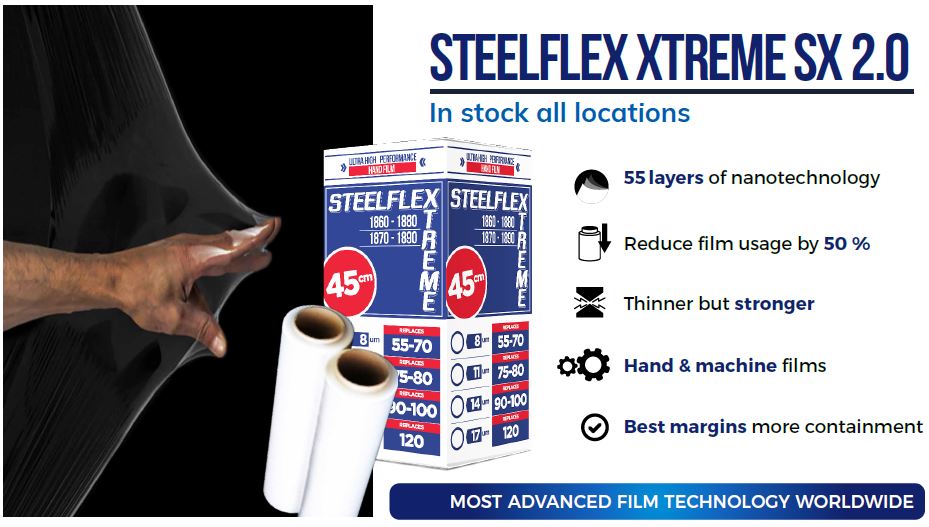 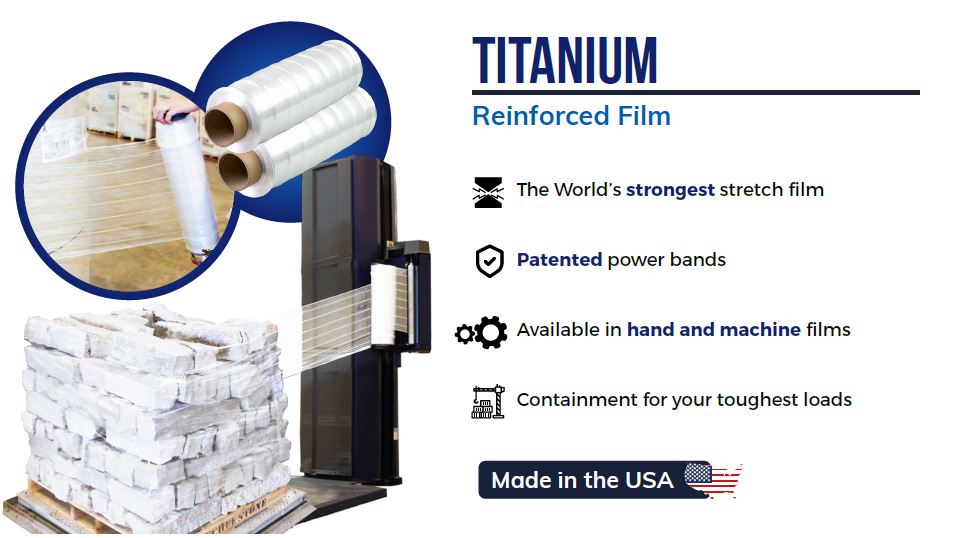 
Using our patented power-band technology, we weld braided bands across die cut stretch film to created a reinforced vented stretch film which maintains consistent load force containment and unbeatable strength. Other traditional vented films on the market used punched perforations to create smaller opening – not only does this limit breath-ability but it greatly compromises the strength of the film. While there are few other manufacture who offer reinforced vented films, they are not heat welded and easily separate causing load failures, snags, and challenges for stretch wrappers. 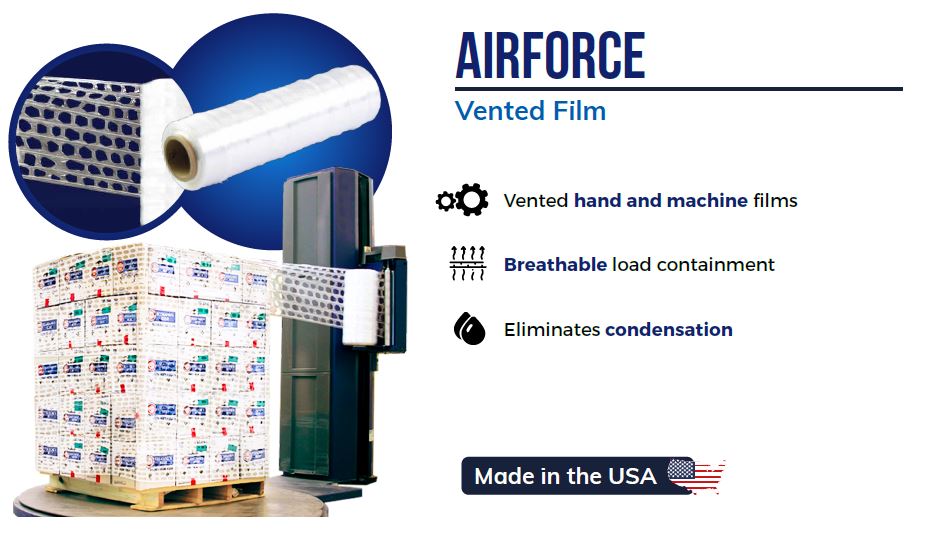 We have a full range of pre-stretched hand films and machine films in all sizes and guages available in seven (7) colors: Blue, Green, Red, Yellow, Orange, Black, and White. 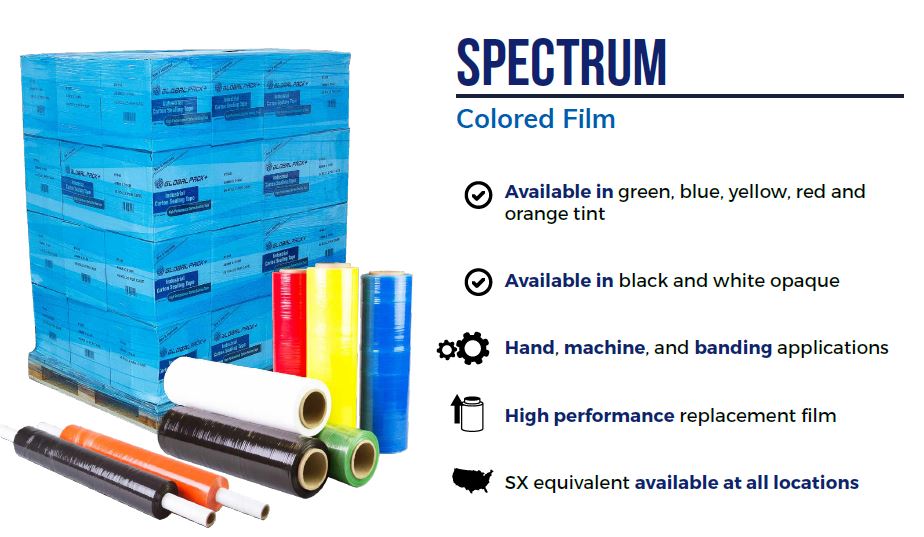 
Bands come in 2″, 3″. 4″ and 5″ widths and is available for hand wrapping or for automated systems.  Do you have a custom width or specification requirement? Let us know and we can convert this film to meet your needs.